Many people are surprised to learn that nationwide, more than 2.7 million healthy, adoptable cats and dogs are euthanized in shelters annually. Spay/neuter is the only permanent, 100 percent effective method of birth control for dogs and cats. 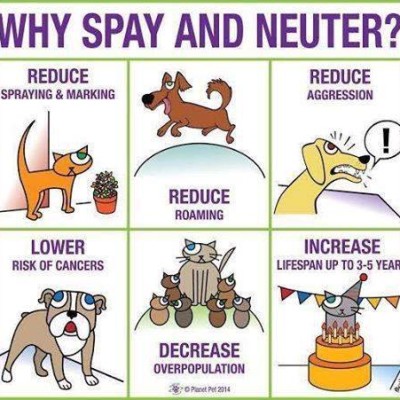