I think we just did this about a week ago with Summer (Déjà vu)…. we are travelling down I-65 heading southbound to catch I-865 and circle Indianapolis, Indiana on our way through Columbus, Ohio to visit our stud boyfriend Kodiak and our Ohio Labradoodle breeder friend. This time we will only stay for one night instead of two. We have done progesterone testing on Ashford Manor’s Duchess and found out today is the day for traveling.

Aahh, we travel to the west side of Columbus, Ohio and drive up to the Days Inn we generally stay at. The girls and I know the area now so we are already making plans on where we will be having supper when Duchess and Kodiak are finished.  One wants Culver’s, another TGI Friday’s, and I would like a nice Chinese restaurant.

This was Duchess’ first time being mated so that is always a fun experience. It took a little while for her to get the hang of it, but Kodiak is an old pro so we had no worries. It was a good mating and we are off.

The girls and I were invited to return to their house later in the evening for a movie, Puss ‘n Boots. This is the premiere in their own home theater. It was a privilege to be invited.

What a great time! Homemade popcorn, soda, candy, in the privacy of your own home … nothing better! 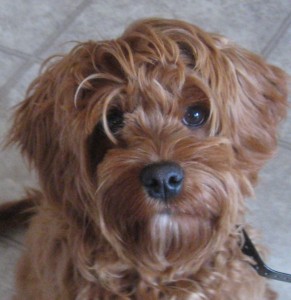